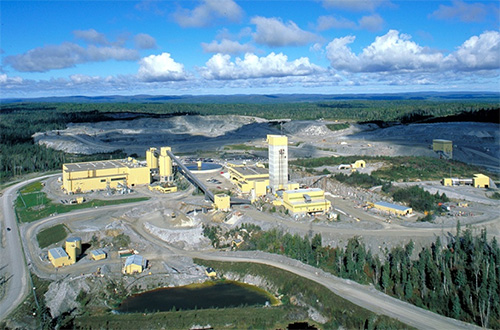 The Hemlo complex is a world-class gold mining area in Northern Ontario, situated near the town of Marathon, a quiet little town on the northern shores of Lake Superior. For centuries the Hemlo area in Northern Ontario has been considered the land of riches. In 1896 a native prospector named Moses PeKong-Gay found gold nuggets in the Hemlo area. But gold goes further back to the 1585 era when the French explorer Jacques Cartier heard about “gleaming metal” from the native North Americans.

While the Hemlo area continued to draw prospectors, geologists and others looking for that “pot of gold”, commercial success remained elusive until the 1980’s era, when Murray Pezzim, the “Pez”  finally hit pay dirt at “Hole 76”. This led to a series of spectacular lawsuits and discoveries, the first discovery occurring in mid-1982, when Golden Sceptre and Goliath Gold discovered the Golden Giant deposit in the Hemlo area. Gold prices rallied that summer, setting off a mini bull market that lasted until the following May.

This tells us that a big discovery can lead to enormous gains, even if the industry as a whole is flat (gold actual dropped from $513 to $413 during this period). In other words, we have historical precedence that humongous returns are possible without a mania, by owning stocks with direct exposure to a discovery area.

While there are no guarantees in exploring for gold, Hemlo has historically proven it can happen and Barrick Gold’s latest announcements and discoveries at Hemlo, once again may prove that there is much more potential in the camp to be discovered.

Since Hemlo’s discovery, no additional gold deposits have been found and for a greenstone belt with a large deposit (>25 M/oz), this is a statistical anomaly. 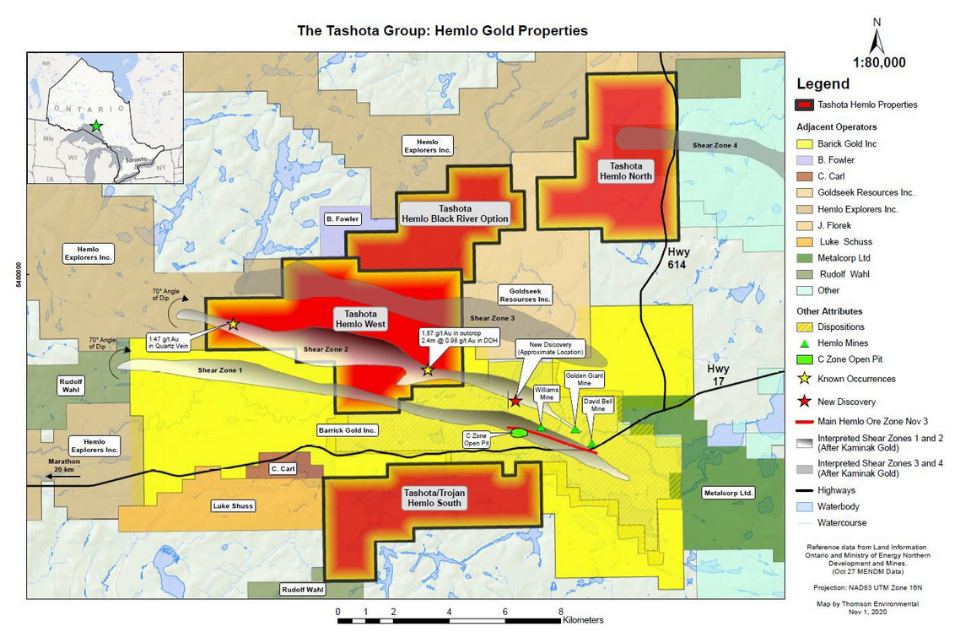 Trojan Gold has a 50% joint-venture interest in the Hemlo South property with Tashota Resources, a related company. Trojan Gold is the operator of this 4,428 acre property which consists of 8 mining claims and a total of 89 claim units.

The Hemlo South property is located 35 kms east of the town of Marathon Ontario and 350 kms east of Thunder Bay Ontario. within 1,200 metres of the Williams Mine operated by Barrick Gold Corp.

Trojan’s Hemlo South Property is in the world class Hemlo Gold Mining Camp. The camp has produced more than 21 million ounces of gold and has operated continuously for more than 30 years. 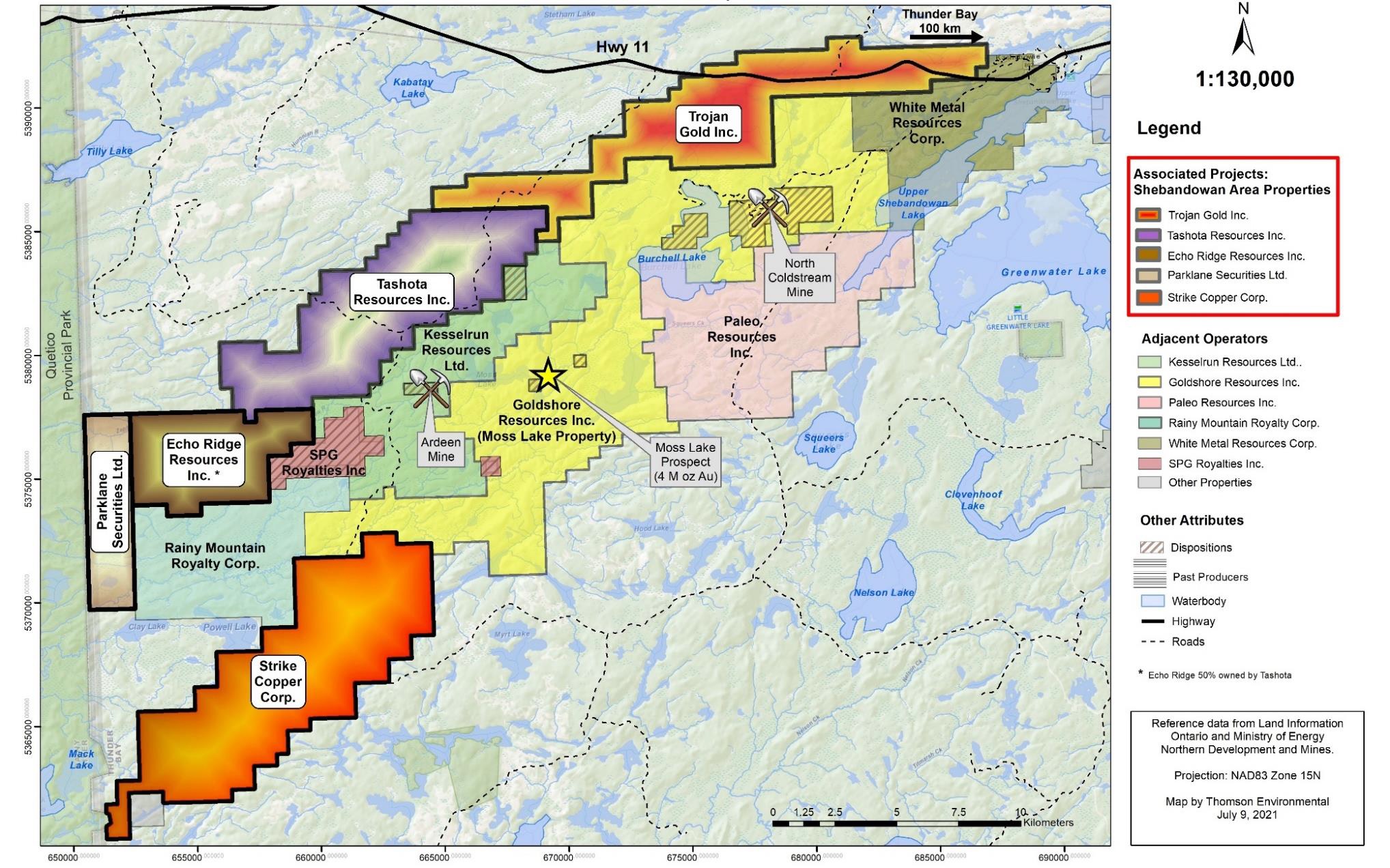 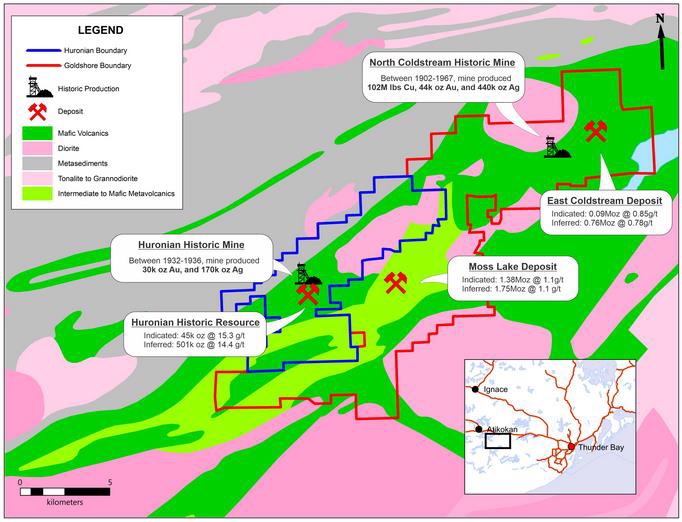 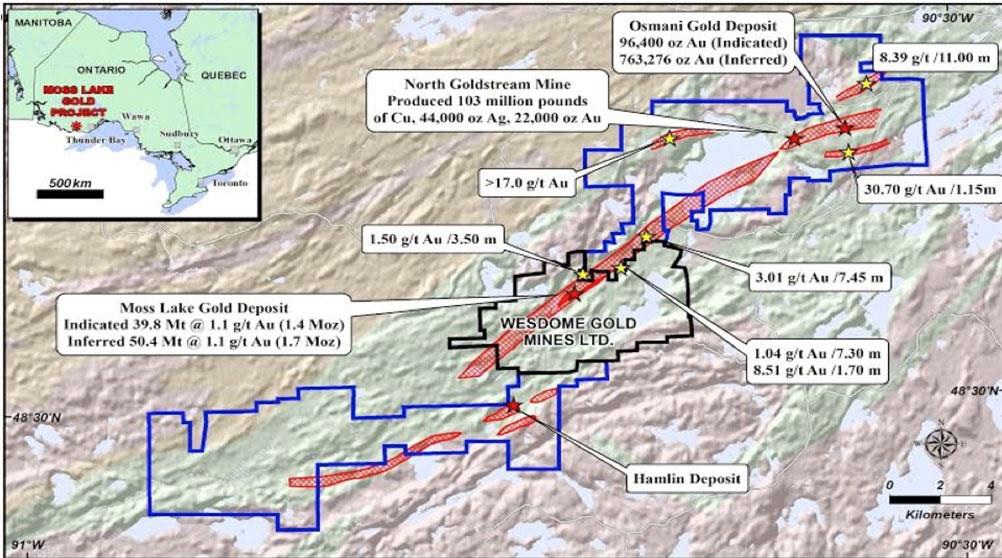 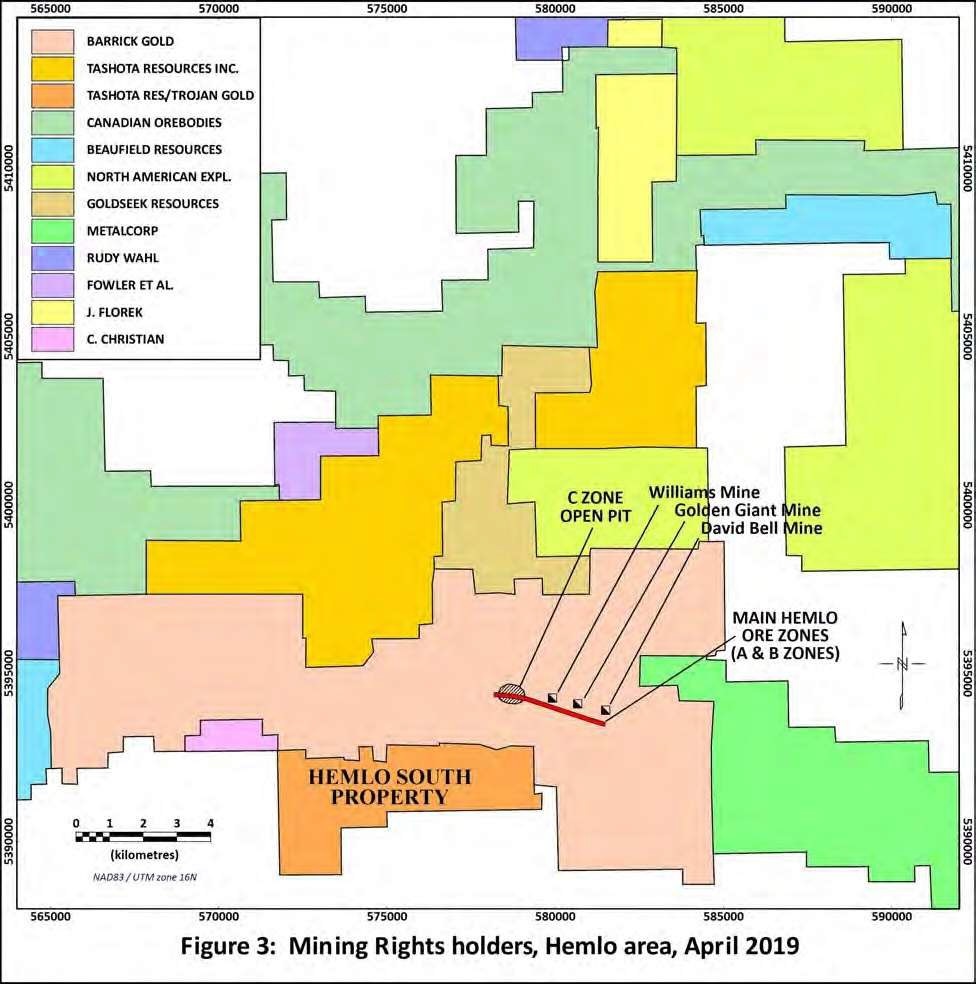 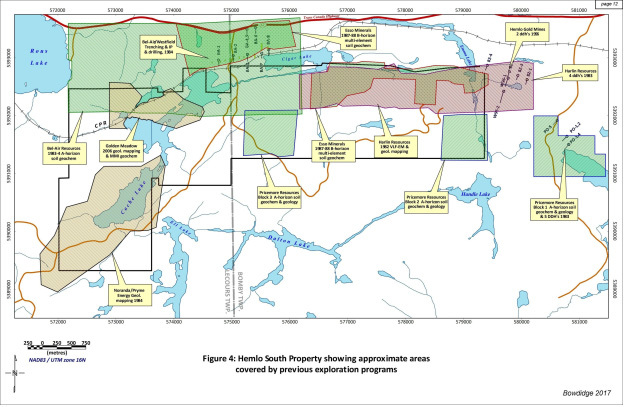 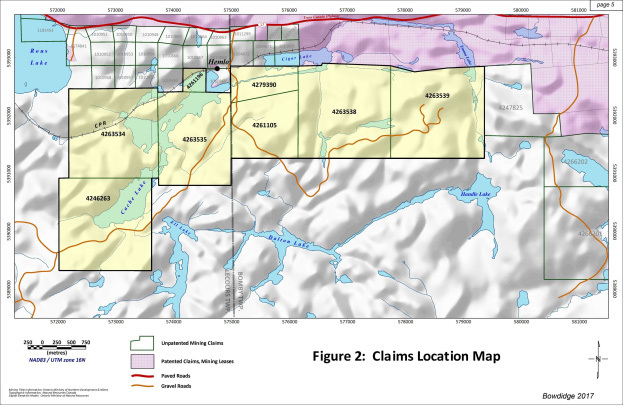 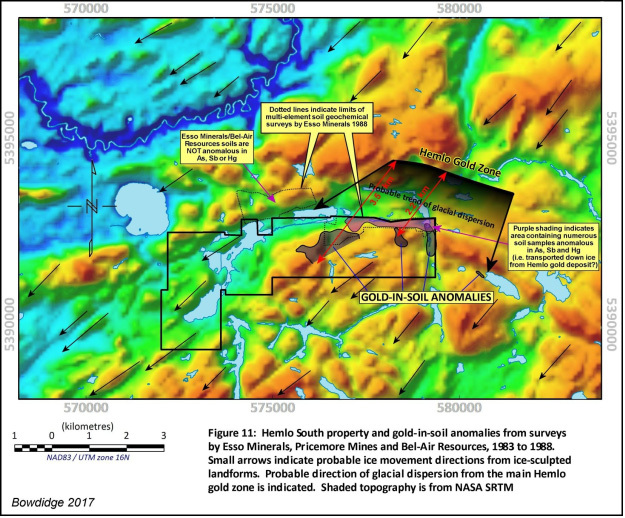 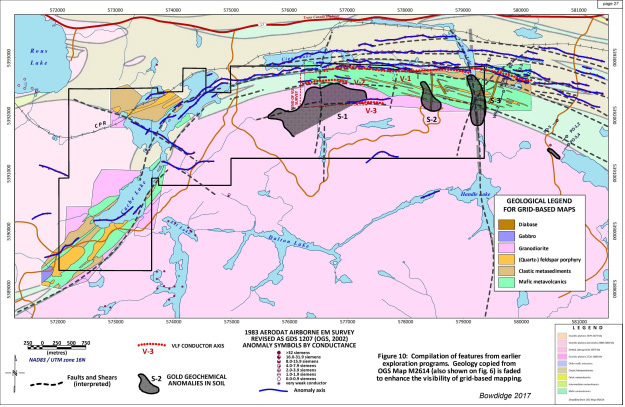 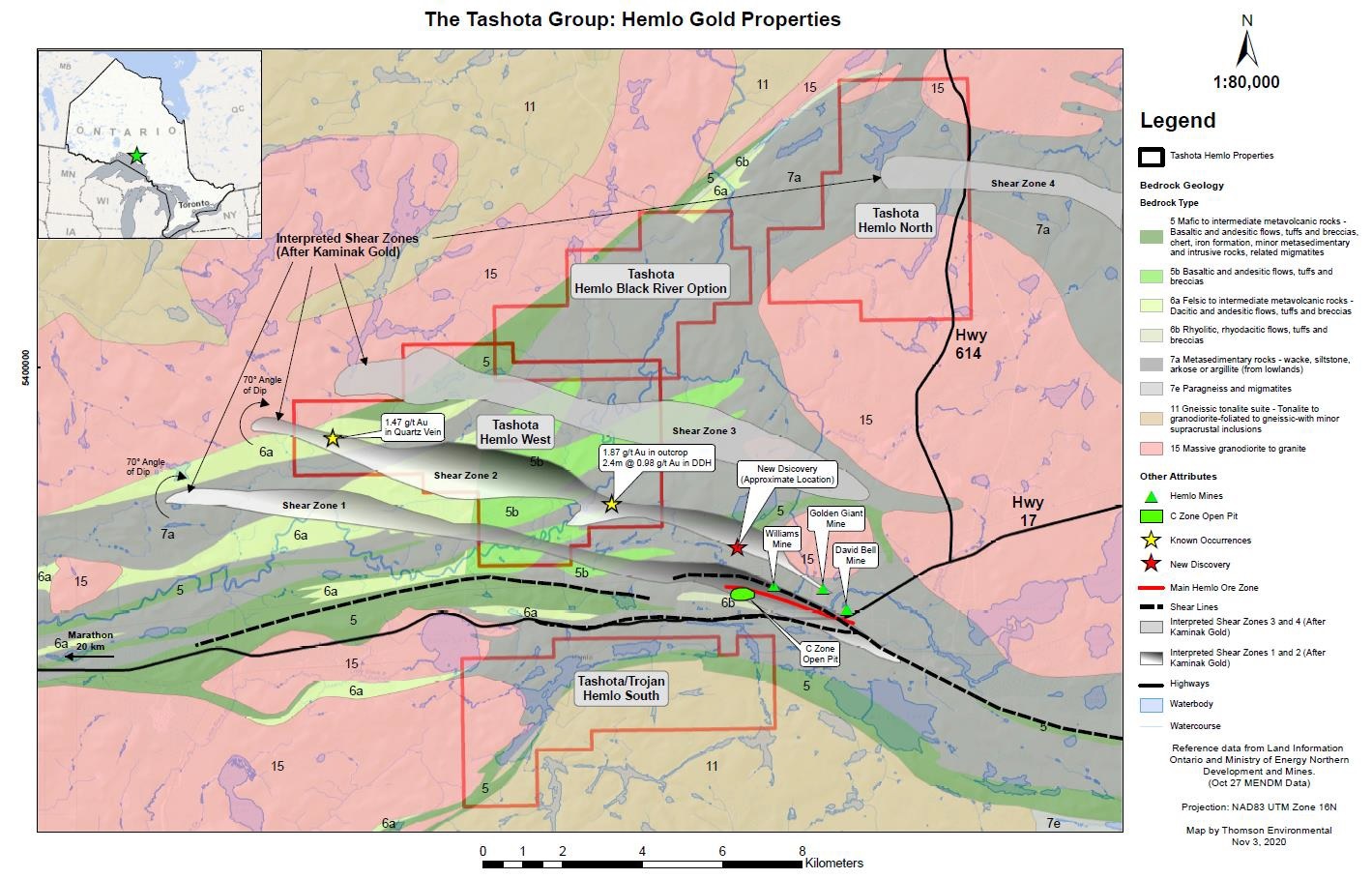 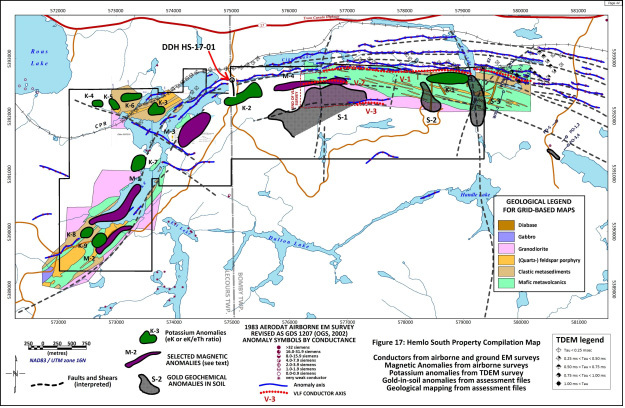 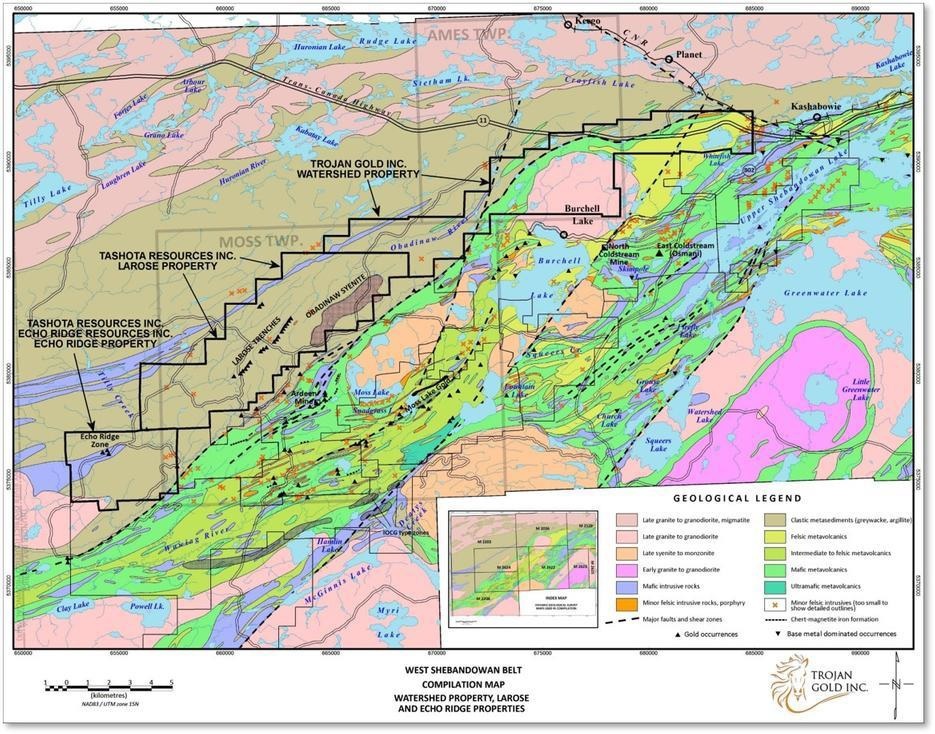 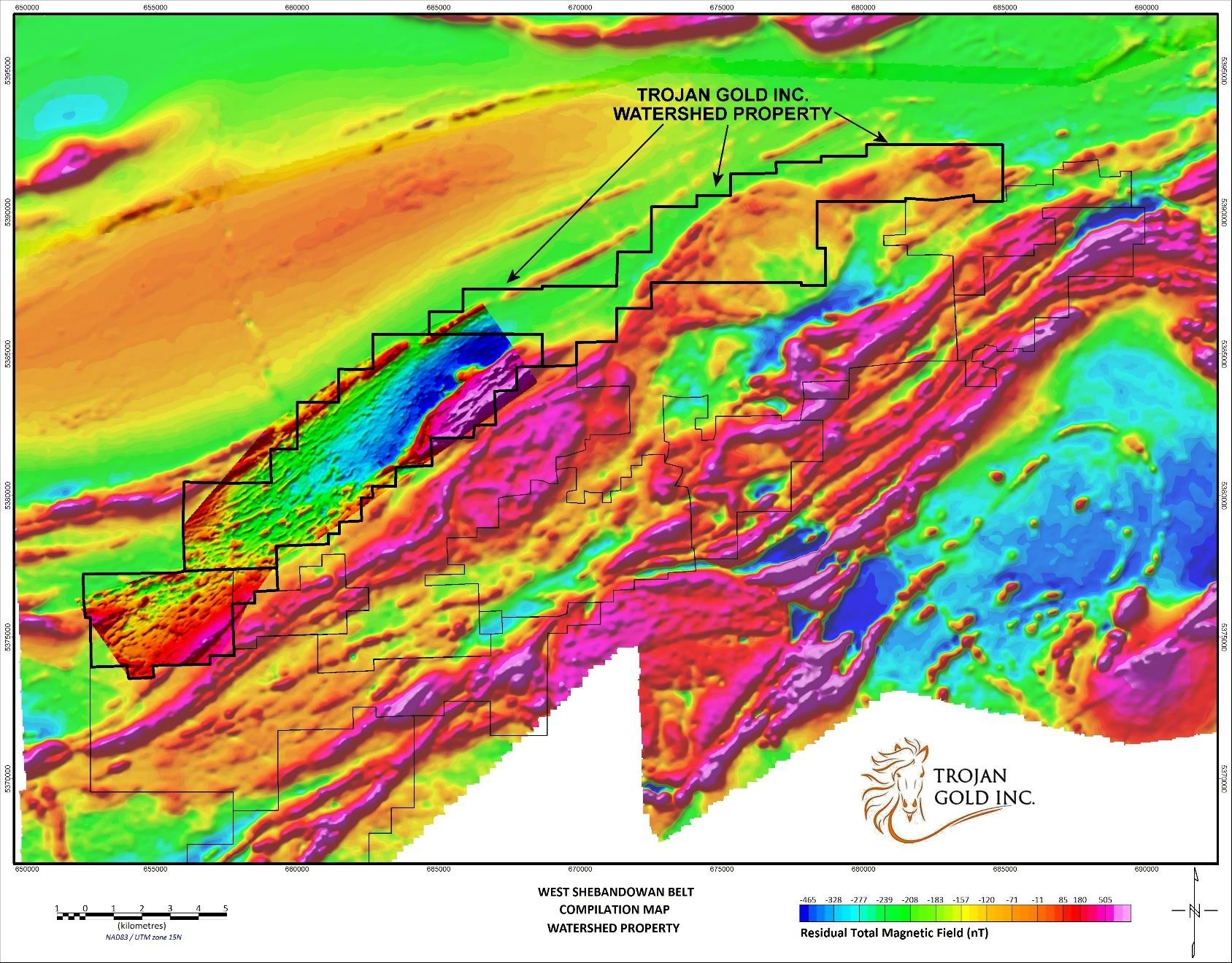 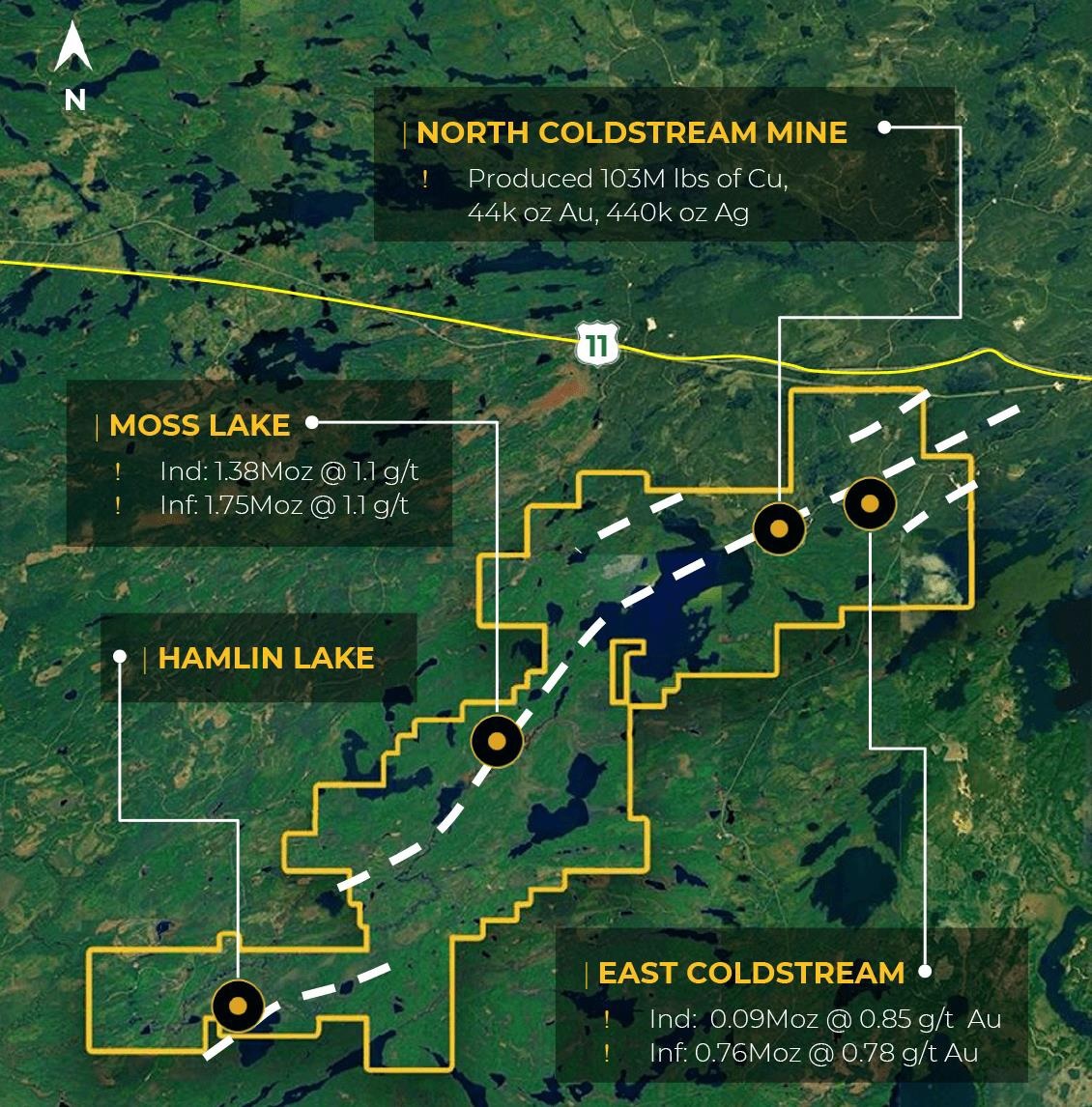 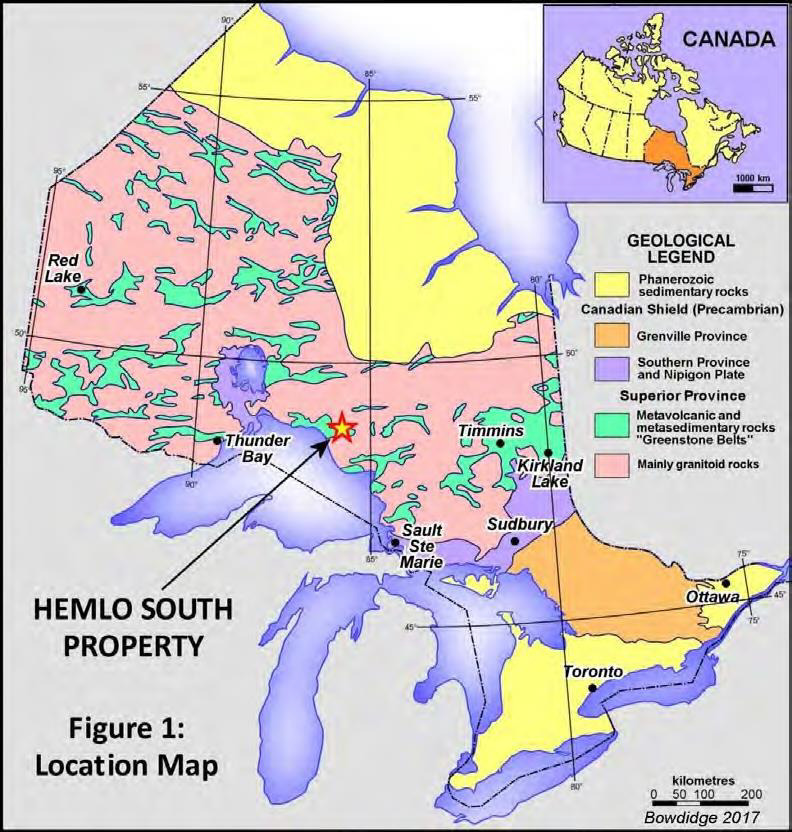 Receive all of the latest news from Trojan Gold Inc